Atelier Rene Knip was commissioned by BNO, to create an award, which would be gifted to the honorary members of that year. Knip decided to skip the previously done, 2D idea of a printed certificate and created a hand-drawn, silvered steel trophy.

The design is based on the concept of climbing the social ladders, and therefore, depicts a ladder and multiple small figures, giving it a very ironic touch. 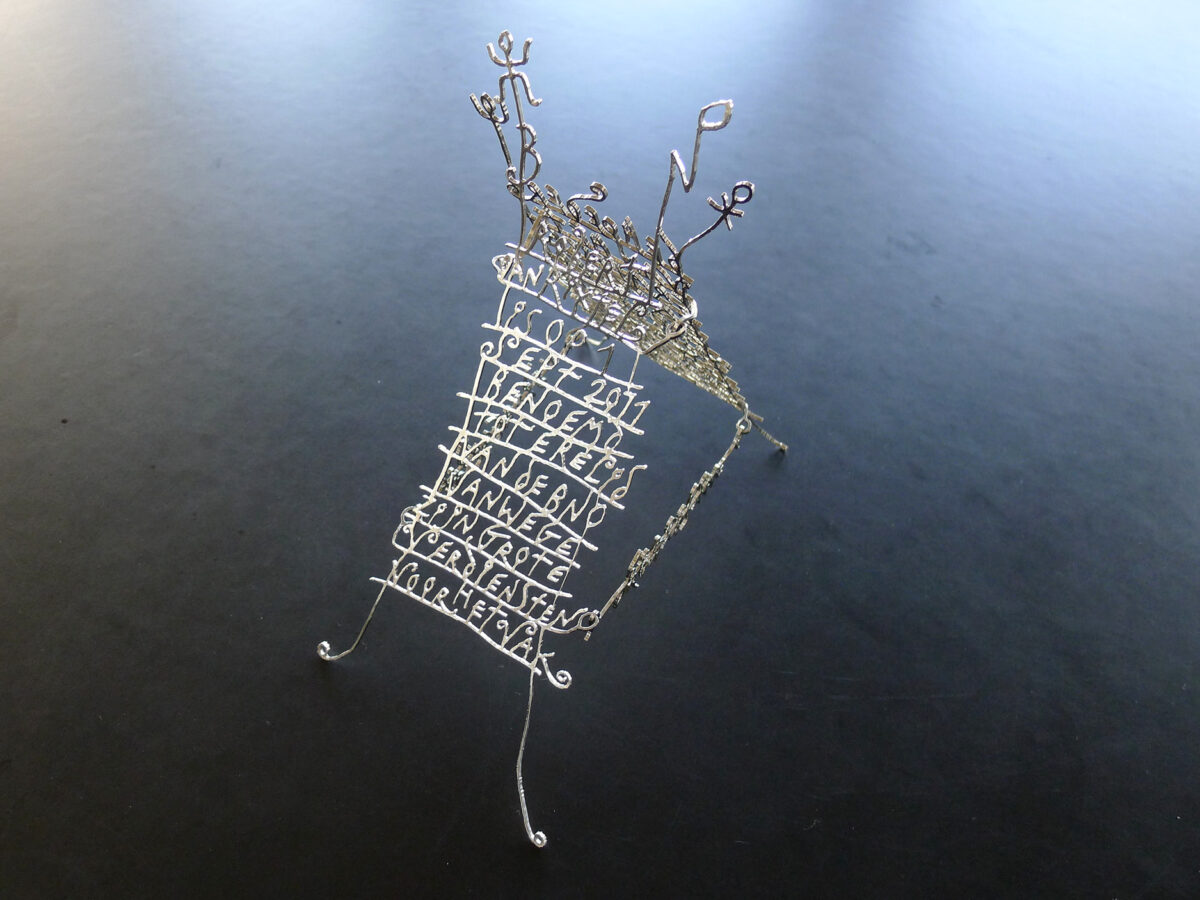 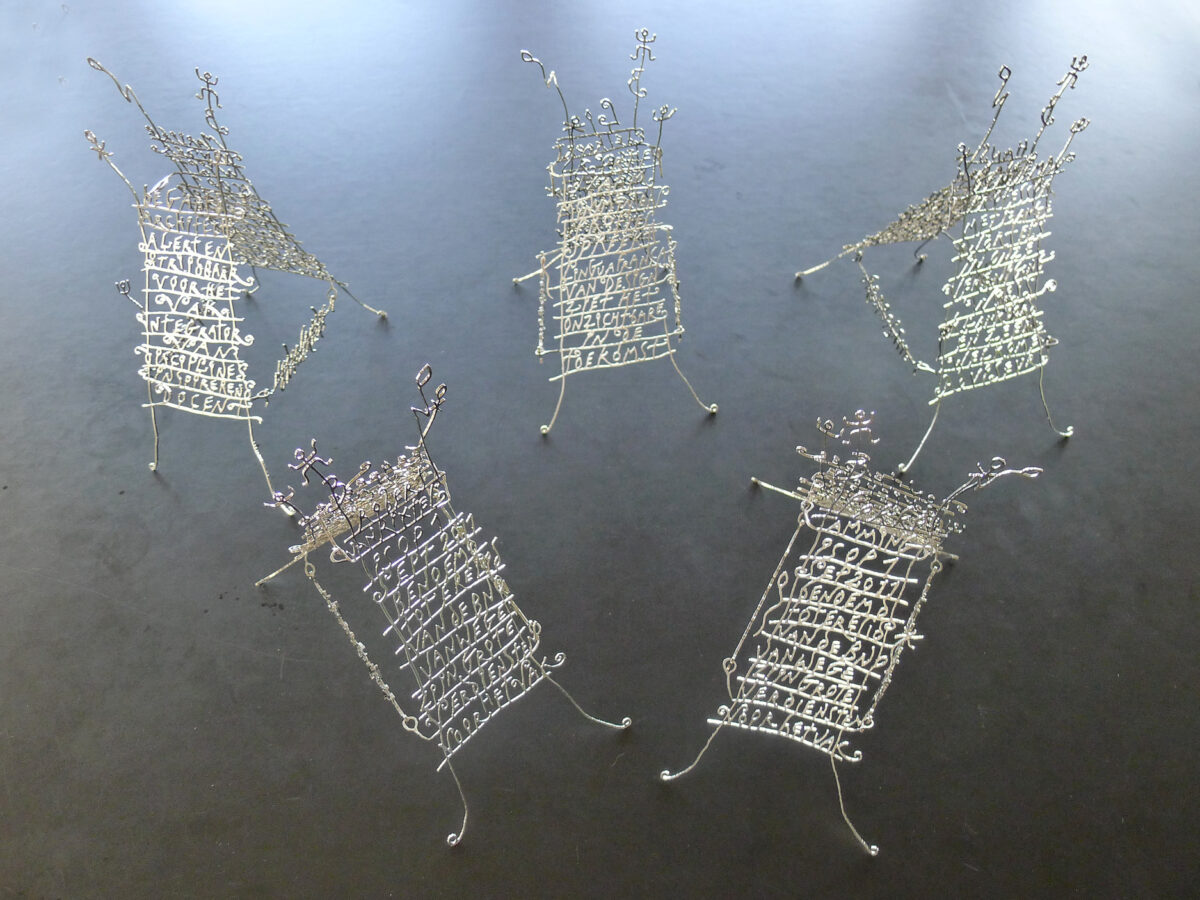